The Role of the Bullied and the Bully. | The Water Magister Alchemy

The Role of the Bullied and the Bully. 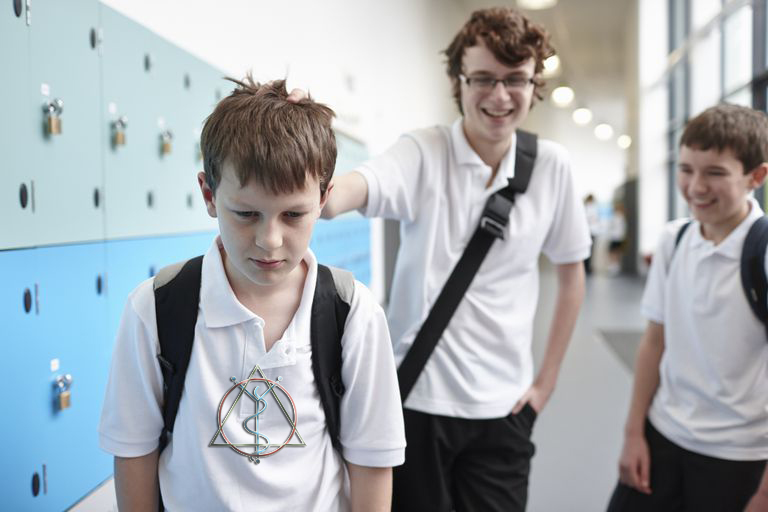 The Role of the Bullied and the Bully.

In my own personal experience.

Often I like to go outside and walk, or goto cafes and just listen to conversations without interjecting because I learn a lot from just being open and receptive to what topics are being discussed in the consciousness.

Today was “Why do I get bullied so much”.

I had a lot to say with this because I come from a past of being bullied every day since middle school into all of high school and it was because a number of factors. Such as I was the thinnest kid, I was the shortest kid, and I had braces throughout all of high school.

I was an “easy” target. I wrote a lot about this in my book I published but I feel I want to go in depth on the roles of those who are bullied and those who are the bullies.

If I ever have children, I will tell them these exact realizations because I know if someone told me what I am about to go into, it would have given me greater understanding on the reality I was experiencing.

Both are absolutely necessary and I don’t think any amount of awareness will shift that dynamic, the thing that CAN shift however is how we educate our children on how to process the emotions that occur from the experiences it self.

Again, these are my own personal realizations based on experience.

The Role of the Bullied – Through out high school and middle school I remember coming home crying nearly every day because not one single day passed where I felt respected. I was spat on, pushed against lockers, thrown to the floor, back pack taken off me and stomp on and thrown far from me to pick it up, them picking their pubic hair and throwing it on me.

If you could think of what a child could do to another, it was done to me. Because of this I disassociated from my life a lot and played video games nearly every single day. It was my escape from feeling how weak I thought I was.

I even remember saying the phrase in my head ” Forgive them father for they do not know” which to me was interesting because I hated going to catholic school. But this phrase always stood out and was on repeat yet I didn’t really understand the context of it even though it played in my mind.

But as I got older and did shadow work and self reflections I realized what I was in society and why it was that I was a target a good majority of the time. It was because I was strong, I was powerful so much so that I could take on the burden of others anger, others hatred, others shame, others guilt. I could process it for them because they didn’t know how to.

I was the retainer of energy to assist the populace in processing their unresolved emotions. So much so that it was as if I held a bright billboard out to let others know. Bring out your emotions to me so that I may absolve them from you because yours are spilling over. I will handle it at some point.

I know some of you may think wow that is a conceited thing, or egotistical thing to think. But truly it isn’t, it is the truth, and is my truth as I experienced in my existence.

The more I did shadow work and went to those experiences, those memories, I saw that those individuals had been filled with so much of the negative emotions they didn’t know what to do with them.

So they created me as the spiritual punching bag to let it all go.

Now that I realized this, what the bullied was actually showing me is that these moments, create a stronger character long term. It is as if the pressure from all forces molds the bullied into being some sort of super human in a way where IF and ONLY if they move passed the hatred, the anger, the guilt , the shame of what THEY received from others and their own internal struggles. They could use it as fuel to their ambitions, fuel to push them past thresholds they never knew was possible.

Of course some of the bullied do not operate from this mentality and because they did not personally have an outlet to process all of the extra emotions they may have been receiving, they would retaliate and shoot the schools up, hurt someone or hurt themselves.

But if we truly took a moment to train our youth on how to process these emotions and teach them why it is even happening to them. Maybe , just maybe they could get a grasp on just how powerful of a being they really are because of it.

The Role of the Bully – I believe the role of a bully is to be master teachers to the souls who decided to take an AP course on human consciousness. They are the gladiators from American Gladiatorial you must face, beat and overcome in order to attain your full potential.

We contracted them for our own personal growth and have them play that role for us, while simultaneously assisting them to process their own unresolved emotions because they may have a household where their parents beat them, their parents were abusive in some way. Since the Bullies were also never taught to harness their emotions, it has to be felt or pushed somewhere else for them to feel complete.

They are in service to the whole of consciousness, because if you look at it beyond the level of the experience. You can see if when we come into these vessels we forget all of how divine we are, yet we are still made of unconditional love. We knew going in that they would have to cause harm onto other individuals. This is a true act of love, to know that the necessary sacrifice to propel our consciousness to another level of understanding required this particular character to be played out and some souls said to the whole, “I’ll do it anyways”.

They knew going into this the guilt, shame and anguish they must feel for harming another, yet still decided to contract themselves in support of another soul’s development.

This is what I believe to be the role of the Bullied and the Bullies.